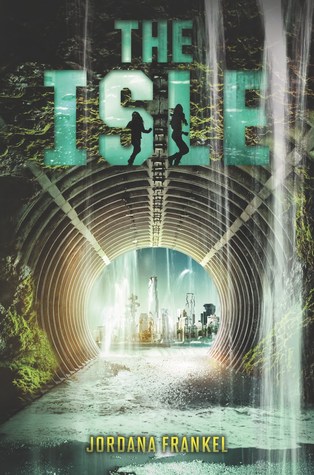 The heart-racing and thrilling sequel to The Ward about a teenage female drag racer who will do anything to save her sister—and a flooded futuristic Manhattan.
Drought season is coming....
The Ward is in trouble—its streets filled with seawater after a devastating flood and its impoverished inhabitants suffering from a deadly disease called the Blight.
Ren, with the help of her scientist friend, Callum, and her racing buddy, Derek, has discovered a cure—miraculous spring water—administering it to her sick sister, Aven. But when Aven is kidnapped by Governor Voss, the malevolent dictator of the United Metro Isles (UMI), Ren must go on a dangerous mission to save her sister, again.
The mysterious healing water is the only source of freshwater throughout the entire UMI—water that Ren had been tasked by the government to discover. Although she refuses to give up the water’s location, Governor Voss has his own selfish reasons for wanting it. And he will do anything to satisfy his thirst for unquenchable power.
But Ren and Aven have more enemies than the governor. An ancient order, the Tètai, has been guarding the magical water for hundreds of years. And they will kill to protect it. With the Ward in desperate need of freshwater and wracked by disease—and deadly enemies at every turn—the sisters face a dangerous journey, marred by mysterious secrets and horrifying truths, to save their friends and neighbors, and a city. 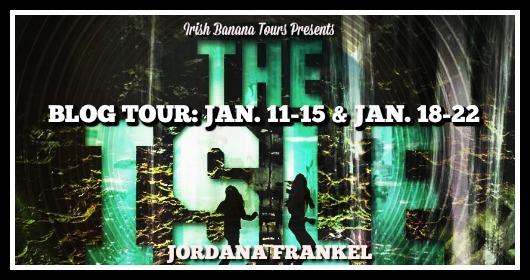 It feels like forever since the first book came out, but imagine my joy when I finally saw the announcement of the sequel that it felt like I have been waiting for forever for. I almost wished I re-read the first book to brush up on what it left off because The Isle starts shortly after the events of the first and when it takes off, it really takes off.

I found the second book of the series to be pretty faced paced, because before I knew it, I have devoured it in no time. It sets the tone from page one, and it pretty much for the most part, sticks to it.

I warmed up to Ren a bit more. She is still pretty reckless, but I admired her dedication to the people she loves and cares for as well as the lengths she would go to keep them safe, even if the price is her own safety most of the time. I loved the sibling relationship that is going on between Aven and Ren, how true to form it is. This book also happens to be from the point of view of Aven and Ren together, but it was easy to follow.

The romance does take a bit of a back seat in this book, but that’s okay, I did not mind it much. Do I wish there was more? Of course I do, I always do. But, I enjoyed continue to watch Ren develop into the person she becomes at the end of the book. I enjoyed the action and the adventure, and it felt a bit final, so I am guessing this was only meant to be a duology. Sure, there were still moments that made me angry, but the tear jerking moments, and some heartwarming scenes, definitely balances the book out.

I did have a hard time with Aven at some parts. She did remind me a bit of Ren from the last book. A bit reckless, and a total kid when it comes to not getting things her way. To be fair, I believe Aven is 14 in this book, so for the most part, it makes sense. She let her feelings sway her, she made promises she probably couldn’t really keep, and she endangered Ren because of these promises. I can’t say that I didn’t want to throttle her when she asked Ren to save the people when she knew the mission is dangerous, it was like expecting your sister to give up her life for others, it just didn’t seem fair to me.

Overall, I did enjoy this one. I wished it came out quicker than it did, it seemed like a long time to wait for this sequel. I did find it worth it. I enjoyed the authors writing, imagination and the world she had created with this series. I will miss it, but I am looking forward to what else she has in store for us next.

Giveaway:
3 Finished copies of THE ISLE
a Rafflecopter giveaway

This review was originally posted on Night Owl Book Café

View all my reviews