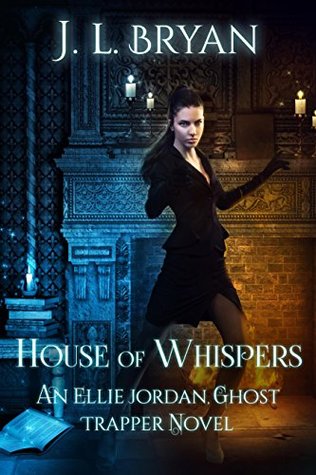 The luxurious Lathrop Grand Hotel is a Savannah institution that has entertained guests for more than a century and a half, offering some of the finest accommodations in the city. Famously haunted, the hotel draws tourists from around the world eager to encounter its numerous ghosts. The hotel is also known for being honeycombed with hidden doors and secret passages, enabling staff to appear and disappear quickly as they attend to the hotel's guests.
Now some of the spirits in the Lathrop Grand have turned violent, even murderous. Ellie and Stacey must determine which ghost has become dangerous and remove it from the hotel before it can claim any more lives. They soon learn the hotel has secrets even darker than the notorious string of nineteenth-century murders that made it famous, and the powerful entities inhabiting it don't intend to leave without a fight.

The luxurious Lathrop Grand Hotel in Savannah is notoriously known for being one of the most famously haunted hotels at it’s time, drawing tourists around the world who are eager to experience the encounter of its numerous ghosts. When these encounters turn deadly, Ellie and Stacy are commissioned by the management to help remove the ghosts before they claim any more lives.

13 responses to “Review: House of Whispers by J.L. Bryan”