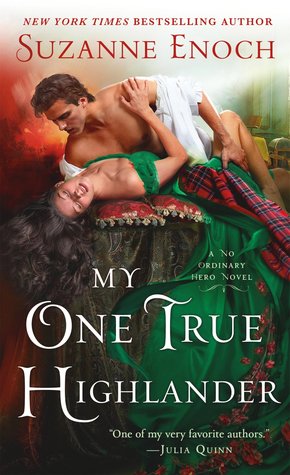 Rugged highlander Graeme has one thing on his mind—take a stand against the horrible Englishman Lattimer and he will be rewarded with enough money to be set for life. But when his reckless younger brothers take it one step too far and kidnaps a young woman on her way to see Lattimer, Graeme has to intervene. He cannot send the lady back without his kin getting in trouble. And when a damsel this beautiful is dropped into your lap, it’s hard to let her go...
Marjorie should be terrified she’s been captured by highland scoundrels, but it’s hard to live in terror when your captor is a devilishly handsome and sinfully tempting as Graeme is. She cannot stay by his side forever—no matter how her heart may pound at the thought—but Graeme seems to have other plans. This wicked highlander is out to seduce her and doesn’t plan to stop until she’s in his arms...forever...

Lady Marjorie is on her way to the Highlands in order to surprise her older brother and his soon to be wife. What Marjorie did not know was that she was stumbling right into the middle of a clan war, and her brother is involved.

Graeme is a chieftain of clan Maxton. When his chief of Clan Maxton asks him to stand against Lattimer and be rewarded. Graeme finds a lot of trouble on his hands. First, he is unsure if he wants to kill the new Duke, but he is also aware that their money is running low and he has a lot of people relying on him.

Well, when his younger brothers overhear the conversation, they step up in an attempt to help. But, when they kidnap the duke’s sister and dump her under Graeme’s roof, the trio instead, end up causing more trouble for Graeme then good.

This was so much fun. It’s my first book by Enoch and I am super glad I read it. I enjoyed it so much, I really want to go back and read the first book, since the first book kind of sets up the conflict between Lattimer and Maxton.

Graeme and Marjorie were delightful. I love the slow romance that builds between them, despite the conflict that Graeme’s brother’s have caused. But, Graeme was not the one who kidnapped her, nor did he ever intend on doing so. Still, watching the two butt heads was super fun and amusing.

I especially had a fun time when Graeme dug himself such a hole that he had to go out of his way and commit a similar crime by kidnapping Marjorie’s lady companion.

I also loved the family dynamics happening there. Graeme has been taking care of his younger brothers for a long time, on top of taking care of people who live on his land. He is hard working and loyal to a fault. Definitely someone that Marjorie needed by her side, considering his Chief of the clan would love to see her dead in order to get back at her brother.

Gah this was fabulous. It reminds me how much I love historical romances set in Scotland and feel the need to read more. The book started a bit slow for me, as it took me a few pages to get used to the dialect again. But once I was set, it took off and never really let me go. I really, really enjoyed everything about this – including the writing.

I did feel bad for Graeme. He was put in a bad predicament. He didn’t want to give Marjorie up to his Chief because he knew she would get hurt, but he also couldn’t let her go because he had his brothers to worry about.

I think the only thing I did not like about this was Marjorie being so hung up on London and her belonging there even if she never really did. She is a new heiress and is having trouble fitting in. She is lonely and would need to spend a lot of money and a lot of years trying to get people in that society to care and would likely marry a fortune hunter.

She fits right into Graeme’s household and grew on everyone around here and there, people cared.

Also, the ending felt like it wrapped up a little too perfectly.

But, overall, this was a fun read and I really enjoyed this.

11 responses to “Review: My One True Highlander by Suzanne Enoch”