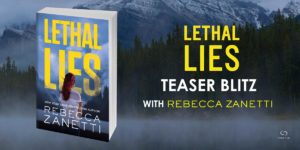 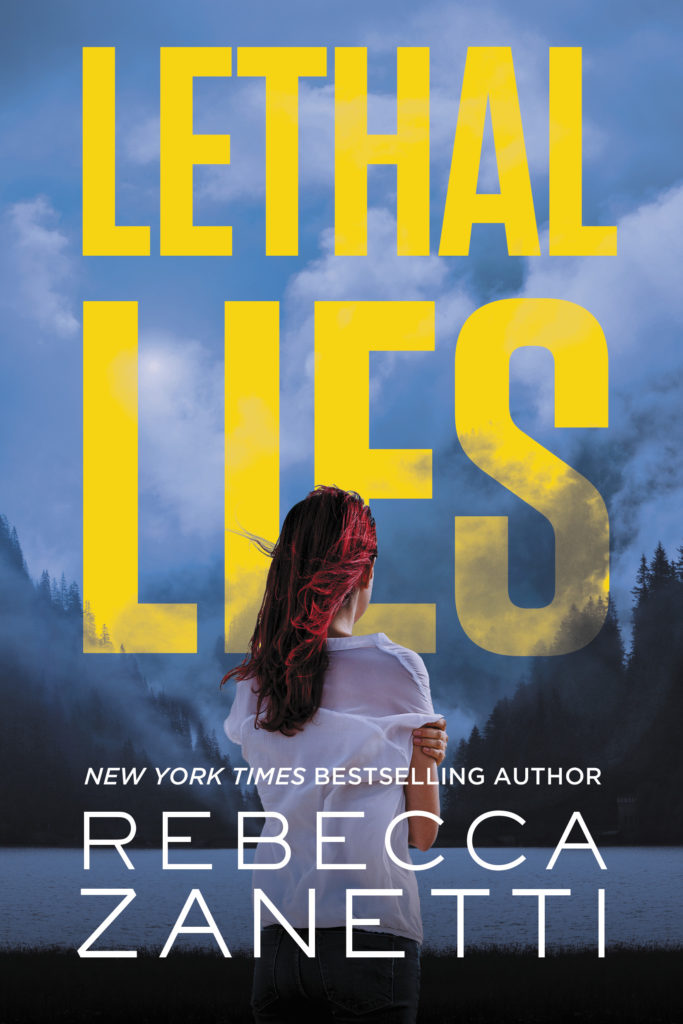 “4 1/2 stars! Top pick! This is a true thriller that will keep readers frantically flipping the pages as death and danger come at the protagonists from several directions. Zanetti’s brilliance at storytelling is on full display…When it comes to high-octane thrillers, they don’t get better than Zanetti!” —RT Book Reviews on LETHAL LIES

“Zanetti balances the adventure and menace of Zara and Ryker’s lives with a relatable romance. The result is a story that’s sexy and emotional, and filled with a rich look at love in all its forms.” —The Washington Post on DEADLY SILENCE

“Budget your time, readers, because this is one that’s hard to put down.” —HeroesandHeartbreakers.com on DEADLY SILENCE

Revenge. It’s the only thing that will help Anya Best sleep at night. The serial killer who murdered her sister is on the loose, and Anya will stop at nothing to put him behind bars—even use herself as bait to lure him out of hiding. But she can’t do this alone.

Private investigator Heath Jones’s job is to bring bastards to justice. This time it’s personal. He knew the Copper Killer’s latest victim so when her sister asks for his help, he’s all in. But when Anya uses the media to taunt the killer, she exposes Heath’s identity, putting them both in jeopardy. Now, secrets buried long ago are coming to light and the forces determined to destroy him are watching Heath’s every move, waiting to exact their own revenge. And they’ll use anything and anyone to get to Heath.

Series Page on Goodreads
ABOUT THE AUTHOR 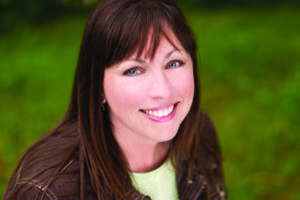 Rebecca Zanetti is the author of over twenty-five romantic suspense, dark paranormal, and contemporary romances, and her books have appeared multiple times on the New York Times, USA Today, and Amazon bestseller lists. She has received a Publisher’s Weekly Starred Review for Wicked Edge, Romantic Times Reviewer Choice Nominations for Forgotten Sins and Sweet Revenge, and RT Top Picks for several of her novels. She lives in the wilds of the Pacific Northwest with her own alpha hero, two kids, a couple of dogs, a crazy cat…and a huge extended family. She believes strongly in luck, karma, and working her butt off…and she thinks one of the best things about being an author, unlike the lawyer she used to be, is that she can let the crazy out.

“All the more reason to get you out of town,” Heath said quietly.

She shook her head. “No. I’m staying.” Her words were brave, but her chest hurt. No way could she deal with a serial killer all on her own. She could train every day for the rest of her life and not end up as practiced or as deadly as Heath already was, and she knew it. “I understand you have other cases and people after you. So leave, and I’ll handle this myself.”

“Those are big words, baby,” he said softly.

Her lip quivered, and she bit down on it. “I know. I promised her, Heath. It’s all I have left to give to her.”

He paused, understanding crossing his expression. “Ah, sweetheart. Your sister wouldn’t want that for you.” His voice turned velvety and soft. Soothing.

Anya nodded. “I know. But she was my sister. We shared blood and part of a childhood. She took me trick-or-treating when I was five, and it’s one of my best memories. Then when I needed help as an adult, she didn’t hesitate. She came to me right away, like family. She was the first person I really cared about in far too long, and it hurts like hell that I got her killed.”

He breathed out, the emotion in his eyes deepening.

She swallowed. “I have to do this for her. Either you understand that or you don’t.”

“Why don’t you just let us handle it?”

She pressed her point. “I could, but you need me. I’m the bait.” Inwardly, she winced at the description. That wouldn’t help her to convince him. “Also, here’s the deal. This could be a long op. At some point, you have to leave and deal with whatever is haunting you from your past. When you do, I’ll just challenge him again, and next time you won’t be around to assist.”

She grinned. “Apparently I’m getting quite good at it.”

Heath shook his head. “You’re putting me in an untenable position, baby.”

“No, I’m not.” She shrugged out of his hold. Finally. “I’m not yours to protect, Heath. We’re not together, and we’re not responsible for each other.” The words sliced through her even as she said them. “You’ve been more than clear on that score.”

“There’s something here, Anya. Maybe something real and lasting, if I get everything done I need to do.”

She blinked. “What’s that?”

“The less you know the better. Believe me.”

“What a bunch of bullshit. Go back to your ‘This is fake’ proclamation,” she all but yelled. “Your position is one of work . . . and this is just work.”

His chin lifted. “You think this is just work?” The tone—low and filled with tension—zinged through her body.

Her legs trembled with the urge to take a step back. “Yes.”

“Want me to prove otherwise?” His eyes darkened to the color of the sky right before midnight hit.

As a threat, as a warning, it was damn good. But she’d gone too far to give in now. “You can’t.” Yeah, she’d just waved a red flag in front of a bull.

He didn’t move a muscle. His focus on her was so absolute, she wanted to squirm. “You’re into challenging dangerous men these days, aren’t you?”

She kept her stance. “You’re not all that dangerous, Heath.”

His smile stole her breath. Then he moved. Faster than she could track, he had her by the armpits and up in the air as he carried her toward the bedroom with such speed that her legs automatically wound around to clasp his rib cage. By the time she sucked in air to protest, her butt was on the bed, and he was flattening himself over her.

She struggled, her body on fire, fighting the urge to laugh out loud.

His mouth crushed hers, and she stilled.

He held nothing back, kissing her hard, pressing her head into the comforter. His tongue worked hers, his powerful body plastered against hers, and his hands dug into her hair to hold her in place. Desire spun so quickly into need she couldn’t breathe, even when he wasn’t controlling her mouth.

She shifted against him, closing her eyes to kiss him back. This was what she’d wanted. All of this.

He nipped her lip, soothing the slight pain with another kiss. Then he traced along her jawline, kissing and nipping, finally reaching her earlobe, where he bit.

She arched against him, letting out a soft sigh.

Pleasure swamped her, and mini explosions flew through her sex. The idea passed, somewhat fleetingly, that he wasn’t playing. Not at all.

Yet she couldn’t stop herself. Her knees widened, and she rubbed against him. “This feels real,” she whispered.