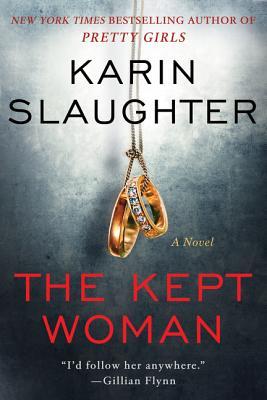 Husbands and wives. Mothers and daughters. The past and the future.


Secrets bind them. And secrets can destroy them.

The author of Pretty Girls returns with an electrifying, emotionally complex thriller that plunges its fascinating protagonist into the darkest depths of a mystery that just might destroy him.
With the discovery of a murder at an abandoned construction site, Will Trent of the Georgia Bureau of Investigation is brought in on a case that becomes much more dangerous when the dead man is identified as an ex-cop.
Studying the body, Sara Linton—the GBI’s newest medical examiner and Will’s lover—realizes that the extensive blood loss didn't belong to the corpse. Sure enough, bloody footprints leading away from the scene indicate there is another victim—a woman—who has vanished . . . and who will die soon if she isn’t found.
Will is already compromised, because the site belongs to the city’s most popular citizen: a wealthy, powerful, and politically connected athlete protected by the world’s most expensive lawyers—a man who’s already gotten away with rape, despite Will’s exhaustive efforts to put him away.
But the worst is yet to come. Evidence soon links Will’s troubled past to the case . . . and the consequences will tear through his life with the force of a tornado, wreaking havoc for Will and everyone around him, including his colleagues, family, friends—and even the suspects he pursues.
Relentlessly suspenseful and furiously paced, peopled with conflicted, fallible characters who leap from the page, The Kept Woman is a seamless blend of twisty police procedural and ingenious psychological thriller -- a searing, unforgettable novel of love, loss, and redemption.

Okay, I am kicking myself for not giving Karin Slaughter a try sooner. If you love Crime, Thriller or gritty Mystery and you have not read this author before, you really need to give her a try. This was my first book by Karin Slaughter, but it will not be my last.

The story follows a murder of an ex-cop at an abandoned construction site. A murder that might also be linked to a very wealthy, very powerful and politically connected athlete that has all the money in the world to protect him. A man that Will has already tried to put away due to a rape and has used that power to get away with.

But things are not always what they seem and the crew is about to step into something a lot more dangerous. When a ton of blood at the crime scene implicated Will’s “ex” wife, not only is this case a lot more personal, but a lot more is riding on it.

Wow.. Oh…Wow… I totally adored this. I loved the way the book started with a sneak peak into a scene that sets up the entire investigation. Just as Will, his boss Amanda and partner Faith start to uncover something – there is a brief pause as the author goes back and reveals what had actually transpired through Will wife Angie’s side of the story. It was so messy that it’s scary to think what people with enough money and power can get away with. Angie was a fixer, who got herself involved with the wrong group of people in order to save her daughter. I didn’t know how to feel about Angie, her character was seriously messed up. She had good intentions for sure, but her weird stalking of Sarah (Will’s new girlfriend) and possession of Will was a bit uncomfortable.

That being said, Slaughter is really good at making you feel uncomfortable. The book is definitely not for the faint of heart. The author is really good at the dark and gritty and messy murders. She has really amazing skill at unfolding the story and making the pieces fit together like a great big puzzle. I was left gaping by the end of the book because just as I was starting to think I knew what was going on, nope, she threw in a curve ball.

Her characters are amazing and so human. So flawed, but they feel super real and believable. The entire book was just enjoyable.

I did take a star off only because despite me loving the curve ball and the ending – I was a bit reserved on the plausibility of it.

Regardless, I am looking forward to more from this author and definitely revisiting her other books. Because her writing is great and just hooks you from the very first page.

32 responses to “Review: The Kept Woman by Karin Slaughter”