Hi guys!! Is summer going fast or what? I missed this place but I’ve got good news, I am not gone, I am coming back and despite the fact that I have not had time to blog – I have been reading. Oh and to start off this with a bang I have Sophia back from her summer vacation with another lovely review. Make sure to leave this girl some love <3 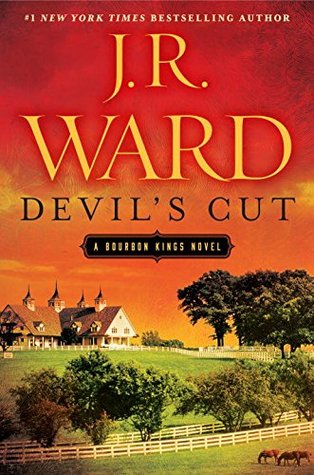 In #1 New York Times bestselling author J. R. Ward s thrilling finale of the Bourbon Kings series, the Bradford family dynasty teeters on the edge of collapse after the murder of their patriarch and a shocking arrest. At first, the death of William Baldwine, the head of the Bradford family, was ruled a suicide. But then his eldest son and sworn enemy, Edward, came forward and confessed to what was, in fact, a murder. Now in police custody, Edward mourns not the disintegration of his family or his loss of freedom . . . but the woman he left behind. His love, Sutton Smythe, is the only person he has ever truly cared about, but as she is the CEO of the Bradford Bourbon Company s biggest competitor, any relationship between them is impossible. And then there s the reality of the jail time that Edward is facing. Lane Baldwine was supposed to remain in his role of playboy, forever in his big brother Edward s shadow. Instead he has become the new head of the family and the company. Convinced that Edward is covering for someone else, Lane and his true love, Lizzie King, go on the trail of a killer only to discover a secret that is as devastating as it is game-changing. As Lane rushes to discover the truth, and Sutton finds herself irresistibly drawn to Edward in spite of his circumstances, the lives of everyone at Easterly will never be the same again. For some, this is good; for others, it could be a tragedy beyond imagining. Only one thing s for certain: Love survives all things. Even murder.

And now, we come down to it. The final pages of this addicting family saga romance about the wealthy and tumultuous, fast living Baldwines of Western Kentucky where horseracing and bourbon is king. Each book has drawn me into the world, the characters, and of course the tension-laden plot. Devil’s Cut delivered on all the early promise of The Bourbon Kings’ series.

Devil’s Cut is the third and final leg in the trilogy and follows the ongoing storyline began earlier in the series so it is not standalone or good out of order.

As I noted in the opening, this ongoing story follows the Baldwine-Bradford family and those close to them. There are multiple narrators and a few different plot paths that keep the readers on their toes without being utterly confusing. The pace of the story has picked up because of the plot points.

There are so many curious and captivating moving parts to the plot, but with a veteran move, the author controls the reins and ties each thread up neatly by the end. Relationships, character growth, and a few secrets along with the big murder mystery all resolve in what I thought was a satisfying way.

All in all, I loved my time with this series and all, but devoured this last book in a day. I enjoyed all the emotions I felt including being surprised over some twists and sad over a loss. I can highly recommend this book/trilogy for those who enjoy a blend of contemporary romance, family saga and suspense.