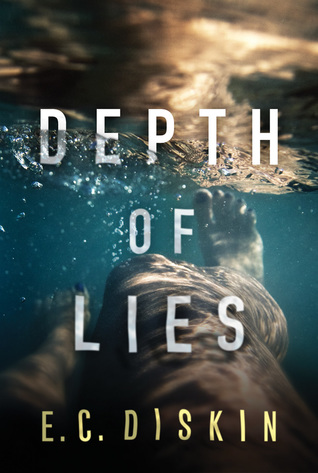 “A brilliant examination of the shadows lurking in every relationship and what happens when you step into the darkness.” —Mindy Mejia, author of Everything You Want Me to Be
When Shea Walker, a sunny, easygoing mom, is found dead in a bathtub with a stomach full of booze and pills, the shocking discovery shatters the complacency of her comfortable suburban community.
Kat Burrows, Shea’s longtime friend and former neighbor, is hit hardest. How could a woman she thought she knew so well come to such a sordid end? What could lead happy, well-adjusted, responsible Shea to accidentally overdose on alcohol and narcotics? Or, worse, drive her to suicide?
Compelled to uncover the truth of Shea’s final months, Kat delves beneath the orderly surface of her familiar world to discover a web of thwarted desire, shameful secrets, and shocking betrayal that suggests a scarier explanation for what happened to Shea. As her carefully constructed reality begins to crumble, Kat must question every reassuring assumption her life is built upon to solve the mystery…and summon the courage and resourcefulness to survive it.

A group of friends come together after one of their own is found in a B and B bath tub dead with her belly full of booze and pills. As everyone is ready to dismiss the Shea’s death as suicide, Kat is unable to shake the feeling that something else entirely is going on here and she cannot leave back home until she finds the truth.

This was an interesting read, the story follows Kat as she tries to unfold the lies and get to the bottom of the truth to what really happened to her best friend and we also get to see Shea’s part of the story with the events leading up to the death with the big collision that reveals everything in the end.

I really enjoyed this format. I think it was easy to follow and it made the book hard to put down. The storyline was interesting and it kept my attention. The friends had a lot of skeletons in their closet and it was interesting to see how a tragedy could reveal some very dirty laundry.

I liked how loyal Kat was to her friend and that she did not believe that Shea would kill herself and stuck with her gut feeling. I did find that her loyalty could be felt as overwhelming at times because she was really prying into some personal things and re-opening really fresh wounds.

I was also struggling with how open Kat was at times. I understand that she had no reason to suspect any of her friends, but she basically kept telling everyone what she learned of Shea and some of the dirty secrets including to her widowed husband. I felt like at times she didn’t even understand the damage she could be causing, especially to Shea’s husband Ryan due to all the things he didn’t know about his wife and it was like rubbing salt on an open wound. Regardless, in the end that is probably the only thing that saved her life when the mystery was unrevealed.

Overall, an interesting read, fast paced and easy to follow. The ending was definitely not what I expected, so there is a twist.

20 responses to “Review: Depth of Lies by E.C. Diskin”