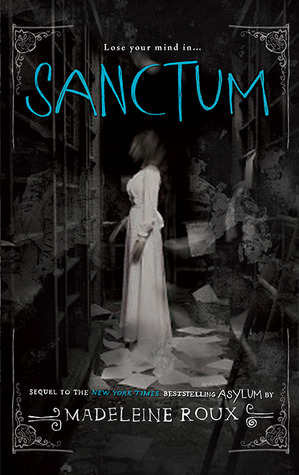 In this haunting, fast-paced sequel to the New York Times bestselling photo-illustrated novel Asylum, three teens must unlock some long-buried secrets from the past before the past comes back to get them first. Featuring found photographs, many from real vintage carnivals, Sanctum is a mind-bending reading experience that blurs the lines between past and present, genius and insanity, perfect for fans of the smash hit Miss Peregrine's Home for Peculiar Children.
Dan, Abby, and Jordan remain traumatized by the summer they shared in the Brookline asylum. Much as they'd love to move on, someone is determined to keep the terror alive, sending the teens photos of an old-timey carnival, with no note and no name. Forsaking their plan never to go back, the teens return to New Hampshire College under the guise of a weekend for prospective students, and there they realize that the carnival from the photos is not only real, it's here on campus, apparently for the first time in many years.
Sneaking away from sample classes and college parties, Dan and his friends lead a tour of their own—one through the abandoned houses and hidden places of the surrounding town. Camford is hiding a terrible past, and the influence of the asylum runs deeper than Dan ever imagined.

Sanctum opens up shortly following the events of book one. Dan is having nightmare’s and he isn’t sure how to stop them. Getting away from the Asylum, he assumed that his problems would be fixed – but they are not. It doesn’t help that his friends Abby and Jordan seem to be ignoring him, and someone is sending them weird vintage carnival pictures. When a letter shows up from his ex-roommate’s mother, asking Dan to visit her son, all clues start to point for the trio to go back to New Hampshire College.

Guys, I am just adoring this series.  I think a large part of it is due to the fact that the book is mixed media, I love asylums and old creepy vintage carnivals and atmospheric books and this had all of it mixed into one. Once I picked this one up I had a hard time putting it down, I completely devoured it, and loved falling back into this series. 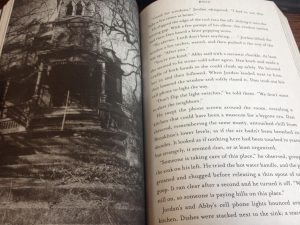 A large part of me wishes there were more books out there like this. I truly believe it adds to the reading experiences and the photos were creeptastic and perfect for this time of year.

Also, this entire book takes place close to Halloween time. So when Dan, Jordan and Abby go back to the college, there is a bunch of secrets that they are still trying to uncover. Including the fact that there seems to be a secret society that is linked to Daniel Crawford and the society seems to be after the trio. 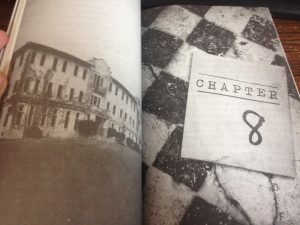 This book isn’t without issues and I acknowledge that. I still feel like there is a bunch of holes that the author needs to fill and I hope everything wraps up in the final book. I don’t think everyone would love this book as much as I do. Because at times Dan and his friends have quiet a bit of drama going on, but they are pretty normal teenagers, so I can see how that would definitely play the part in the book, even if it is probably one of the few realistic parts of this book.

But, I still love it. It’s on an atmospheric side. It’s great for Halloween or fall. It’s creepy, and I am totally hooked. Plus there is a creepy carnival – I’m sold. Also, ghosts, yes?