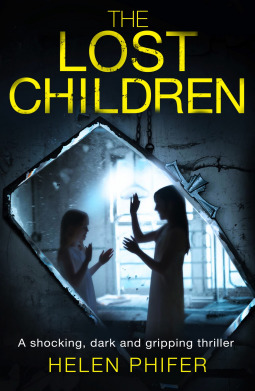 Lizzy pulled the covers over her head. Then she realised what was being dragged behind the person with the torch. She rammed her fist into her mouth to stop herself from screaming…
For decades, The Moore Asylum was home to the forgotten children of Brooklyn Bay. But ever since a scandal forced its closure, the abandoned building has cast an imposing shadow. Until now – when an elderly man is found dead, his body strapped to an ancient gurney...
Detective Lucy Harwin, still reeling from a previous case that ended in the devastating murder of a mother and her child, finds herself on the trail of a killer ruthlessly fixated on avenging the asylum’s wrongs.
What disturbing secrets lie within the asylum’s walls? Together with her partner Detective Mattie Jackson, Lucy begins to unearth its terrible history, and the horrors endured by the vulnerable children.
As the attacks escalate and a woman is murdered on her own doorstep, Lucy is forced into a terrifying game of cat and mouse with a twisted individual. But can Lucy stop a murderer with nothing left to lose?
An absolutely terrifying and gripping thriller that will chill readers of MJ Arlidge, Angela Marsons and Rachel Abbott to the bone.

On her first day back to work after her last case ended in a devastating murder, Lucy Harwin is thrown into another case where a ruthless killer seems to be out to get everyone who did wrong back when The Moore Asylum was open. Past blends with the present as Lucy must figure out what had happened in the Asylum all those years ago and who would be responsible in committing such brutal murders before they strike again.

I don’t know how to feel about this book. It started out strong and interesting. I liked the flash back to the past and learning about the Asylum, even thought what they did to those kids made my stomach turn it was weaving to be an interesting ARC.

Half way through the flashbacks stopped prematurely I feel and I never got the feel scope of why the killer decided to avenge, I felt like we did not get the full story of what drove the killer and the author probably should have stuck with it.

On top of it, I did not really know how Lucy came to the conclusion of who the murderer is because I felt like it could have been a number of people from the flashbacks. This of course leads back to me feeling like that particular part was left undeveloped. There was also one clue that threw me off, because when we get the murders perspective, the second murder smelled aftershave, which you would assume is usually associated with a man?

I also wished the characters were more likable, but outside of Mattie – Lucy’s partner – who I tolerated, everyone else was really hard to like. Lucy in particular was hard to like. She is a workaholic who spends a lot of time focusing on her work, which is expected with the type of work she is doing. But Lucy also drinks a lot and has a really rocky relationship with her teenage daughter. There was one scene in particular that made me dislike Lucy more when she came home to a ransacked bedroom and automatically assumed that her teenage daughter was responsible for it. Based on what? Her daughter does not live with her. So she drives to her ex-husband’s house and lays into her daughter without bothering to give her even one brief benefit of a doubt.

Lucy started to become redeemable at the end as she did her best to fix her relationship with her daughter, but I wasn’t sure I was feeling her character anymore.

The story does feel like you are thrown into a middle of the series because Lucy is in the middle of a therapy session after her last case goes haywire. Unfortunately, we only get bits and pieces of this later on in the book.

Overall the plot could have been more interesting, a killer taking out revenge from the past? Sure. Flashback to the Asylum? Sure. But it all somehow fell flat in the end and a bit underdeveloped. I enjoyed myself when I wasn’t frustrated but it could have been so much more and it wasn’t.

10 responses to “Review: The Lost Children by Helen Phifer”