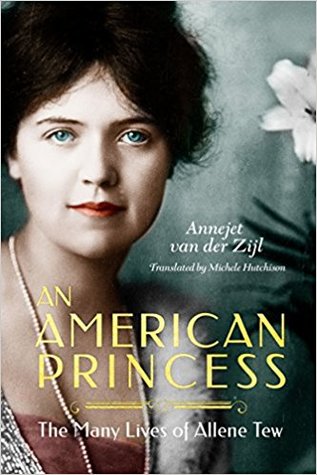 The true story of a girl from the wilderness settlements of a burgeoning new America who became one of the most privileged figures of the Gilded Age.
Born to a pioneering family in Upstate New York in the late 1800s, Allene Tew was beautiful, impetuous, and frustrated by the confines of her small hometown. At eighteen, she met Tod Hostetter at a local dance, having no idea that the mercurial charmer she would impulsively wed was heir to one of the wealthiest families in America. But when he died twelve years later, Allene packed her bags for New York City. Never once did she look back.
From the vantage point of the American upper class, Allene embodied the tumultuous Gilded Age. Over the course of four more marriages, she weathered personal tragedies during World War I and the catastrophic financial reversals of the crash of 1929. From the castles and châteaus of Europe, she witnessed the Russian Revolution and became a princess. And from the hopes of a young girl from Jamestown, New York, Allene Tew would become the epitome of both a pursuer and survivor of the American Dream.

An American Princess tells the story of a woman named Allene Tew and how far she had come from being a young girl from Jamestown, what she had lived through in life and her ultimate demise.

The book definitely reads more like a nonfiction, biography, so the pace of the book did vary and we were hit with a ton of historical information based on the era that Allene had lived through. There were definitely some dry areas at the beginning and it took me a while to get into the book, but I enjoyed it when the book started to pick up and become more interesting once we got to the war bits.

As a whole I never really felt like we got to know Allene. This book was well written, probably very historically accurate, but very much about the love life of Allene and her husband more over just Allene. I wanted to know about the woman as a person and what she had done in life to become such a historical figure over just who she married, what her husband did, and why that ended.

Despite that, I felt for Allene when she lost both of her children in World War but for some reason I never felt like her character truly grieved over losing her offsprings, or at least it was not an impression I got from the book.

But goodness this woman went through a lot when it came to husbands and she had five of them, so her marriages in general bought her some happiness, some heartache, and a lot of money. She was even pegged as a gold digger of her time.

Overall, as my second nonfiction, ever… I did enjoy this. The writing was good. But, I wish it was a bit more.

10 responses to “Review: An American Princess: The Many Lives of Allene Tew by Annejet van der Zijl, Michele Hutchison”