This is going to kind of a lose review of the books below, I don’t really have much inspiration to write reviews for them because I really did not enjoy them, so I’ll just quickly ramble and move on with my life. 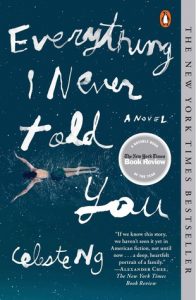 This book was like everywhere and I’ve seen it all over YouTube last year especially. I bought it, because it sounded amazing and it looked gripping from the very first sentence. This book is about a young girl that is discovered dead, not a spoiler, it’s literally the opening sentence of the book and it follows her family and how this death affects them and how they deal with it. It also follows the events leading up to the death. I, really wanted to enjoy this a lot more than I did. First of all, this book is super short but it felt like an eternity when I was reading it. I loved the fact that it featured an interracial couple, I loved the diversity, and it was interesting to see the challenges that the family faced living in the town they did being an interracial couple and having mixed race children. The writing and that alone, were a big plus for me in this book, so where did I hit the wall? I struggled with the family. I thought the book had some emotional moments, but I could not connect to the characters. It’s been a while since I read a book with characters that were so detached from one another and didn’t seem to care about anyone else’s feelings by their own.
There are a lot of examples of it in the book, so if you feel like it will spoil the book for you, feel free to stop reading now.
When the mother just drops everything and takes off to go back to school because she feels like she missed her calling and ends up leaving both of her young children with their father. The father ending up in a funk after she leaves, unable to really stop moping long enough to be an adult and a parent and take care of his children. The mother projecting her failures on her daughter, when she comes back, in order to make up for her own shortcomings. Just a whole lot of disregard for Lydia’s feelings and rather or not she is happy, or wants what her mother wants for her. Lydia hiding her brother’s acceptance letter’s to school for her own benefits. Everyone, and I mean everyone ignores the youngest child. That bothered me a lot. The father’s actions after his daughter’s death, is a complete example of just not caring for anyone’s feelings.
It bothered me a lot. I understand that families are not perfect and people will want to do things that benefit themselves over other people’s feelings, but this is a family and as a family you should have some sort of awareness of how your actions affect other people. I just cannot even go understand how a mother can bail on her own children and the father’s actions, ugh. 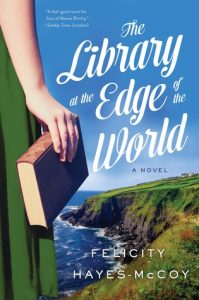 Not much to say about this one at all. I was bored to tears. Not much happens in this book.
The main character is middle aged, but completely clueless. She hates her job, despite the fact that she always wanted to be a librarian because she didn’t want to work in a small library in a small town. She is completely rude to everyone.
Her husband cheated on her, so because she was so burned by that she decided to break ties without any kind of settlement. Then, she ends up living with her mother and get’s tired of that, but has no money so she calls him to meet her alone in a hotel room and is offended when he thinks she wanted a romp between the sheets. I mean, come on?
Everyone is just completely rude to each other again, no real storyline outside of eventually trying to save the library, it was a meh read.