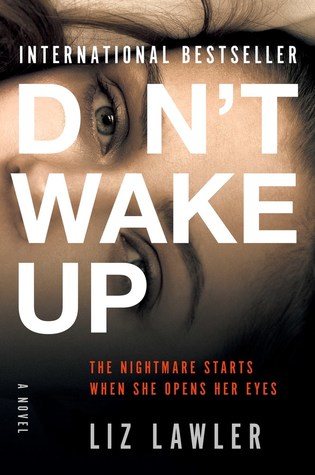 A harrowing psychological thriller debut about a woman who awakens after an assault with no physical proof of the attack and who must try to convince everyone of what really happened.
When Dr. Alex Taylor opens her eyes, she is hooked up to an IV, is bound to an operating table, and her legs are raised in stirrups. Disoriented and alarmed, she assumes she's been anesthetized and brought to surgery after being in an accident. But the man standing over her, with his face hidden behind a surgical mask and wielding instruments, is no doctor she recognizes at the hospital where she works as a successful and respected doctor. He’s a stranger—and he’s calmly and methodically telling her how he's about to attack her. Before Alex can even scream for help, she succumbs to another dose of anesthesia, rendering her unable to defend herself….
When she comes to on a gurney, she finds herself surrounded by her colleagues and immediately reports the attack and rape. The police are skeptical of her bizarre story. And after a physical exam reveals no proof of any attack, even her boyfriend has doubts. Despite Alex's adamant claims, no one believes her, leaving her to wonder if she has, in fact, lost her mind.
Until she meets the next victim…
An edge-of-your-seat psychological thriller, Don't Wake Up is also a provocative, timely exploration of victimhood, abuse, and the discrediting of women in our culture.

Dr. Alex Taylor is a young, but a successful doctor who seems to have everything going for her until the night she gets attacked and her world is turned upside down. She thought the horror was over, but it all begins when she opens her eyes and then meet the other victim…

I have a hard time writing this review. I don’t really know how to feel about this book and I find that I am completely torn on the rating.

The writing was good, it felt fast paced at the beginning, but slowly began to drag and parts of it quickly became boring and annoying.

The story as a whole, I had a hard time wrapping my head around it. It was frustrating. It’s been a while since I’ve found myself so angry with the book. Let me explain.

Dr. Alex Taylor is a smart, successful doctor. She gets attacked and NO ONE. Not one single person believes her. Her colleagues don’t believe her, her fiance does not believe her, even her “best friend” acts like a total jerk to her. I was so angry over everything and how everyone suddenly doubted her mental state and the control Dr. Alex Taylor was losing because of it. I didn’t feel that the extent it went that it was realistic. The police might have doubted her because of the lack of evidence, but I didn’t feel like there wasn’t one person there that shouldn’t have believed her. Even the man that ‘loved’ her was a complete and total loser. She also somehow ends up the prime suspect in the murder cases that follow and the lead detective that was trying to frame her with no evidence was driving me insane. How the hell was that realistic?

I kind of went into this book thinking it was a powerful tool during the #metoo movement as its blurb on the cover, but instead, I got nothing but frustration and not at all where I expected this book to go. It fizzled, it could have delivered some sort of a message, but instead, it left me more than a little underwhelmed.

11 responses to “Review: Don’t Wake Up by Liz Lawler”