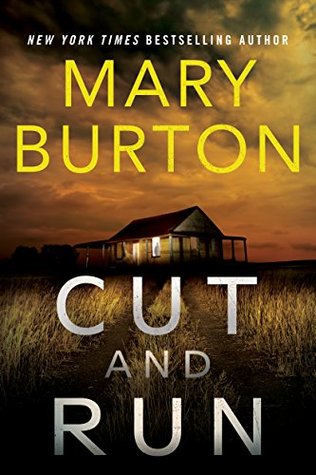 Twin sisters separated by the past are reunited by unspeakable crimes in New York Times bestselling author Mary Burton’s throat-clutching novel of suspense…
Trauma victims are not new to medical examiner Faith McIntyre, but this one is different. The unconscious woman clinging to life after a hit and run is FBI agent Macy Crow. What the woman from Quantico was doing in a dark alley after midnight is just one mystery. The other is more unsettling: Macy is Faith’s mirror image—the twin sister she never knew she had.
Faith knew that she was adopted, but now she’s finding that her childhood concealed other secrets. Following the trail of clues Macy left behind, Faith and Texas Ranger Mitchell Hayden make a shocking discovery on an isolated country ranch—a burial ground for three women who disappeared thirty years before.
They weren’t the only victims in a killer’s twisted plot. And they won’t be the last.
As the missing pieces of Faith’s and Macy’s dark lives snap into place, Faith is becoming more terrified by what she sees—and by what she must do to save her sister and herself from the past.

First time dipping my toes into Mary Burton’s world and it won’t be my last!

Cut and Run follows a medical examiner Faith McIntyre, who finds that the woman lies in critical condition is her twin sister she never knew about. Faith always knew she was adopted, but she didn’t know that her adoption would unearth a trail of deep dark secrets. Following the clues her twin left behind, Faith and Texas Ranger Mitchell Hayden will uncover shocking discoveries of the past that might help them find a new missing pregnant girl in the present.

This book was a really good thriller. Well written, with great character development. I loved that Faith and Mitchell weren’t exactly perfect, which made them easy to relate to and more human.

I love the dark atmospheric tone of the book. I really enjoyed the pace. The overall story kept me mostly guessing and gave me enough to make me want to flip through the pages. The themes were a bit dark and as a mother, hard to read at times. But overall the well-developed plot was exciting and heart pounding till the end. I liked that the authors sprinkled a little bit of romance to lighten the plot line.

I think my only gripe with all of this would be the ending. I thought it felt a bit rushed as everything fell into place and the last bit was uncovered. I would have liked the reveal to unravel a bit slower.

But I really enjoyed her style of writing and storytelling, I will be looking for more from this author.

9 responses to “Review: Cut and Run by Mary Burton”