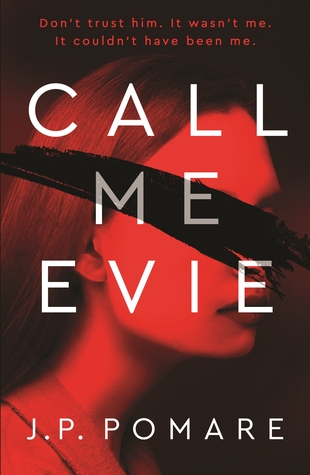 In this propulsive, twist-filled, and haunting psychological suspense debut perfect for fans of Sharp Objects and Room, a seventeen-year-old girl struggles to remember the role she played on the night her life changed forever.
For the past two weeks, seventeen-year-old Kate Bennet has lived against her will in an isolated cabin in a remote beach town--brought there by a mysterious man named Bill. Part captor, part benefactor, Bill calls her Evie and tells her he's hiding her to protect her. That she did something terrible one night back home in Melbourne--something so unspeakable that he had no choice but to take her away. The trouble is, Kate can't remember the night in question.
The fragments of Kate's shattered memories of her old life seem happy: good friends, a big house in the suburbs, a devoted boyfriend. Bill says he'll help her fill in the blanks--but his story isn't adding up. And as she tries to reconcile the girl she thought she'd been with the devastating consequences Bill claims she's responsible for, Kate will unearth secrets about herself and those closest to her that could change everything.
A riveting debut novel that fearlessly plumbs the darkest recesses of the mind, Call Me Evie explores the fragility of memory and the potential in all of us to hide the truth, even from ourselves.

A twisted page-turner with an unreliable narrator that kept me flipping for more.

I really enjoyed this book. It follows a 17-year-old Kate and her “Uncle” Jim. Something terrible happens and Kate is now known as Evie to hide her real identity and Jim has found themselves in a remote beach town of Maketu New Zealand.  The story has two timelines, the before and after and as we follow the characters through the twist and turns we uncover what really happened and not what we think happened.

I thought this was well done. I think some people have problems with how many twists this book took. I personally liked it, it kept me hooked and entertained and thinking enough about the book that I kept coming back. I blew through the pages I was enjoying it that much.

The ending I thought had it figured out was still well done and even a bit heartbreaking.

My only real issue here was the dog and I deducted from the book and almost gave it 3.5 stars because I felt like the author didn’t need to hurt an animal to add to the story, it was good enough as is and the entire thing could have been completely cut and avoided.

I liked the authors writing and storytelling. I found the book exciting despite the animal issue and was glad the author did not go as far with it as he could have, but I still felt like the entire thing could be avoided. In the future, I will be looking forward to more of his writing and what he might have in store for us next.