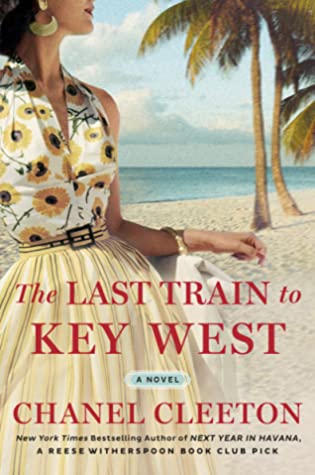 In 1935 three women are forever changed when one of the most powerful hurricanes in history barrels toward the Florida Keys in New York Times bestselling author Chanel Cleeton's captivating new novel.
Everyone journeys to Key West searching for something. For the tourists traveling on Henry Flagler’s legendary Overseas Railroad, Labor Day weekend is an opportunity to forget the economic depression gripping the nation. But one person’s paradise can be another’s prison, and Key West-native Helen Berner yearns to escape.
The Cuban Revolution of 1933 left Mirta Perez’s family in a precarious position. After an arranged wedding in Havana, Mirta arrives in the Keys on her honeymoon. While she can’t deny the growing attraction to the stranger she’s married, her new husband’s illicit business interests may threaten not only her relationship, but her life.
Elizabeth Preston's trip from New York to Key West is a chance to save her once-wealthy family from their troubles as a result of the Wall Street crash. Her quest takes her to the camps occupied by veterans of the Great War and pairs her with an unlikely ally on a treacherous hunt of his own.
Over the course of the holiday weekend, the women’s paths cross unexpectedly, and the danger swirling around them is matched only by the terrifying force of the deadly storm threatening the Keys.

This latest release leaves the focus of Cuban American history for the most part and settles on a slice of Floridian history of the 1930’s. Three separate women’s lives intertwine over one fateful holiday weekend in the Florida Keys. It was an emotional and engaging story that I easily settled into and read swiftly.

The Last Train to Key West is a standalone. I think one of the heroines, Mirta Perez, might be aunt to the women of the previous books, but I’m not sure. Either way, it was a great story- or should I say stories – since there are three women with their own individual stories that cross paths during the Labor Day weekend.

The first woman introduced is Helen a native of Key West and stuck in a dreary abusive marriage to a local fisherman. She is very pregnant, but works long days at a local diner. A mysterious man from one of the camps comes to her rescue and shows her kindness. He is the spark that she needs to make her bid for freedom during the building storm.

Next, we meet Mirta who agrees to an arranged marriage to help her family back in Cuba. Her husband is a rich, powerful man who has lived a shady past. She is young and wonders how it will be with her husband with only her mother’s advice about duty, pleasing her husband so he will take care of her and remain faithful. Is that how she wants her own marriage to be?

Finally, there is feisty Elizabeth who hides her fears behind a mask. She was once a society girl whose family lost it all in the Crash and then the family crumbled. She is escaping a great deal and hopes to find the one man who might be able to save her. His last postmarked letter was from Key West and she knows he’s in one of the camps. A stranger who doesn’t let her get away with her flirting games to toy with him ends up offering her help in the search even as a hurricane barrels down on them.

All three were so very different and I found myself cheering for all of them especially when the secrets started coming out. This isn’t a mystery, but there are some great twists all the same. And, between the storm and a few suspense moments, it gets intense.

As to the historical background, it was fascinating. I had no idea about the plight of the soldiers who returned from WWI, about their march on Washington to get their promised bonus money or that they were shipped to camps that seemed an awful lot like labor camps down in the Keys. My heart just broke for the suffering even though it is past history. The hurricane was another part of the history that brought the past to life as did the pre-commercial Key West and the Keys.

There is romance though it looks different for each woman. They were strong in their own ways and discovered men who would treat them well after pasts that were full of pain.

So, another stellar book balancing emotion, suspense, history, complex characters, and a riveting plot from an author that is already hit the autobuy mark with me. Those who love colorful historical fiction with a romantic flavor and an authentic backdrop should give this a try.

I rec’d this book from Net Galley via Berkley to read in exchange for an honest review. 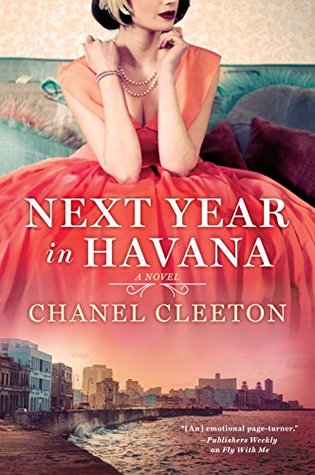 After the death of her beloved grandmother, a Cuban-American woman travels to Havana, where she discovers the roots of her identity--and unearths a family secret hidden since the revolution...
Havana, 1958. The daughter of a sugar baron, nineteen-year-old Elisa Perez is part of Cuba's high society, where she is largely sheltered from the country's growing political unrest--until she embarks on a clandestine affair with a passionate revolutionary...
Miami, 2017. Freelance writer Marisol Ferrera grew up hearing romantic stories of Cuba from her late grandmother Elisa, who was forced to flee with her family during the revolution. Elisa's last wish was for Marisol to scatter her ashes in the country of her birth.
Arriving in Havana, Marisol comes face-to-face with the contrast of Cuba's tropical, timeless beauty and its perilous political climate. When more family history comes to light and Marisol finds herself attracted to a man with secrets of his own, she'll need the lessons of her grandmother's past to help her understand the true meaning of courage.

Elisa Perez has always dreamt of returning to Cuba after the revolution. Her and many others who have left for exile in America were waiting for the day that Castro would no longer have control of their beautiful country so they could make their way home. The day has finally arrived, but Elisa Perez never had the chance to witness it.

Finally making it onto Cuban soil after many years of her grandmother’s stories, Marisol Ferrera is both excited and saddened that she does not get to experience Cuba with her grandmother as Elisa passed away recently. But she wants to fulfill her grandmother’s dying wish and that is to spread her ashes in Cuba. One problem, Elisa never told Marisol where she wants her ashes spread and as Marisol debates where would be the best place to lay her grandmother to rest, she comes to discover a lot of hidden family secrets since the revolution.

Oh gosh, this book. My first dive into this authors work and I do not regret it. This. Was. Fantastic. Slow moving at first yes, this book took a bit to get into, but once I was fully invested, I absolutely adored it!

This is told in two different time lines. We get to see how Marisol fairs in modern day Cuba, uncovering secrets about her grandmother that she was never told as well as possibly falling in love. Plus, we get to experience Cuba in the 1958 and how the revolution happened as well as Elisa Perez beautifully poignant story.

I loved Elisa’s story, it was beautiful and heartbreaking and I found myself more invested in her romance over Marisols. As Elisa accidentally falls in love with a revolutionary called Pablo, her family is sitting pretty, but scared of what will happen to their country. Coming from a wealthy family, Elisa is a daughter of a sugar baron and her father a huge supporter of Batista. When Batista escapes Cuba after losing the war to the revolutionaries, Elisa’s world is completely shaken and thrown upside down.

The twist in the end totally shattered my heart. I felt that it was coming as everything started to unravel, but I still felt unprepared. Cleeton is such a fantastic writer and storyteller and does such a wonderful job at weaving Cuban history into the storyline. I felt like I learned a bit more about Cuba and what the country was before the revolution. I also felt sad that it isn’t what it use to be after years under Castro’s rule.

The way Cleeton writes about the passion Cuban’s feel for their country in this book is both overwhelming and emotional as evident in the current timeline with Marisol and Luis. Luis is Ana’s grandson. Ana is Elisa’s best friend who stayed in Cuba despite the revolution and it is through their families hardships and passion due we witness the struggle and perseverance of families in Cuba.

There isn’t much negatives about this book. The slow pace aside at points, I do feel like the book could have been shortened just a tad bit at some spots. Also, I wasn’t sure how I felt about such a clean ending with Luis and Marisol, it just felt a tad bit too convenient for me to be believable.

Overall though, this was a great historical fiction with a mix of romance. The story that was told was interesting and the romance between Elisa and Pablo was just so heartbreaking.