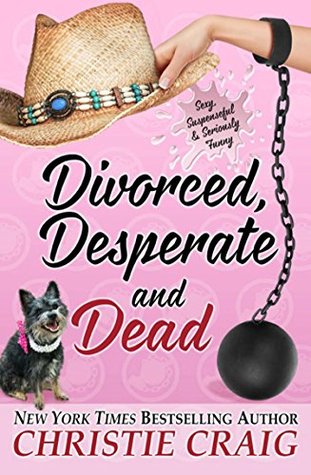 After a disastrous marriage and divorce, Detective Cary Stevens vowed he'd never let another woman into his heart. But when his latest investigation puts him in the way of a bullet, his bachelor days-and one-night stands-may be numbered. On the brink of death, he finds himself in Room Six, a waiting room in the hereafter where in-betweeners' fates are truly decided. He resigns himself to dying of boredom, if nothing else, in the lineup of senior citizens with their AARP magazines, when in walks the one woman who could make him want a second chance at life . . . and love. Chloe Sanders learns the hard way that no good deed goes unpunished when she pushes a little girl out of the way of a moving car and wakes up in some type of purgatory. Or maybe it's heaven, because she couldn't have asked for a hotter guy with whom to await her final judgment. The sweeping glances of his bedroom eyes and sharp-tongued flirtatiousness tell her Cary's certainly no angel, but is he real? When she finally wakes up, Chloe's determined to find out if he's truly a man of magnificent flesh and blood or just a figment of her imagination. But before she can track him down, will the murderer that first put them both in Room Six come back to finish the job?

Detective Cary Stevens has vowed to never let another woman into his life after his disastrous marriage, until he get’s shot and meets Chloe Sanders in Room Six, a waiting in the hereafter where they wait for their fates to be decided.

Chloe had just lost her fiance and isn’t looking for anything series, but she also does not believe that Cary Stevens can possibly be real until the detectives own partner shows up on her doorsteps (who also happens to be the man that her friend is trying to set her up with)

Sparks fly, tension thickens as the two are unable to keep away from each other, both with broken hearts and might be just what each of them needs.

This was a fun read. I really liked the supernatural aspect of the book, I thought it was different, refreshing and honestly what truly hooked me. I loved the humor in the story, the author is really great with that, I couldn’t help but laugh and I’ve been really needing that lately. The character worked together well and to top it all off, the author also threw in a bit of a suspense involving gangs and I loved the way she handled the troubled kid in this book.

I listened to this on audiobook and really enjoyed it. The narrator had a southern twang that really fit with the book and the characters and I liked the lazy drawl. Of course I did speed up and that made it even better, but I think she did a wonderful job and it just really worked for the book.

Overall, this was a fun, sexy, entertaining romance and just what I needed to brighten my week.