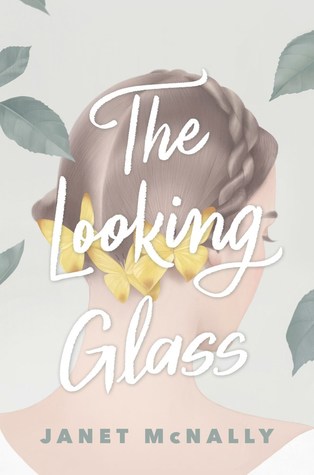 GIRLS IN TROUBLE.
That’s what Sylvie Blake’s older sister Julia renamed their favorite fairy tale book, way back when they were just girls themselves. Now, Julia has disappeared—and no one knows if she’s in trouble.
Sylvie is trying to carry on Julia’s impressive legacy at the prestigious National Ballet Theatre Academy, but Julia, ever the star of the show, can’t stay hidden forever. And when she sends Sylvie a copy of their old storybook with a mysterious list inside, Sylvie begins to see signs of her sister everywhere she goes. She may be losing her grip on reality, but Sylvie has to find out if the strange, almost magical things she’s been seeing have anything to do with Julia’s whereabouts.
With the help of her best friend’s enigmatic brother and his beat-up car, Sylvie sets out to the beat of a Fleetwood Mac playlist, determined to return to New York with her sister in tow. But what Sylvie doesn’t expect to learn is that trouble comes in lots of forms—and that the damsel in distress is often the only one who can save herself.

The Looking Glass was a book that I found hard to put down. It was a beautifully written story weaved with magical realism to handle some difficult topics.

Sylvie always idolized her older sister Julia, until she broke her leg dancing and spiraled into addiction. After nearly losing her life, Julia disappears, leaving behind Sylvie to pick up the mess she left behind and some big shoes to fill. When Julia sends Sylvie a book with a mysterious message, Sylvie thinks Julia is in trouble and is on the mission to find her sister. Along the way, she learns a little more about Julia, who she was, how she dealt with it and a lot more about herself as a person.

I enjoyed most of this book. It kept me hooked. McNally is a wonderful writer, there is something really beautiful about the way she tells her story. But where I found this book well written and beautiful, it lacked in depth and ultimately felt a little lacking.

As always, there were the absentee parents present in a YA novel.

I kept waiting for something to happen and the conclusion of the book was lackluster, unsatisfying and ultimately pointless and abrupt.

I didn’t understand how the names in the back linked to anything in the story, especially how the ending was handled with Julia’s reaction.

I think the ultimate aspect of this story was about everyone working through Julia’s addiction and the destruction she left behind after almost dying and how these people move on from it. I thought that part was well done, but some things just fell short and didn’t connect well. There was a lot more potential to this book and it just scratched the surface.

I like how working through it Sylvie digs into herself and becomes her own person as she uncovers what is important to her instead of living in her sisters’ shadows.

The romance was cute. I enjoyed it. I was glad it wasn’t the main point of the book.

Overall. I liked how the author managed to keep the book light despite such a heavy subject. I am looking forward to seeing what she writes next.