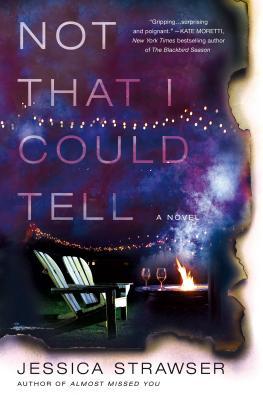 When a group of neighborhood women gathers, wine in hand, around a fire pit where their backyards meet one Saturday night, most of them are just ecstatic to have discovered that their baby monitors reach that far. It’s a rare kid-free night, and they’re giddy with it. They drink too much, and the conversation turns personal.
By Monday morning, one of them is gone.
Everyone knows something about everyone else in the quirky small Ohio town of Yellow Springs, but no one can make sense of the disappearance. Kristin was a sociable twin mom, college administrator, and doctor’s wife who didn’t seem all that bothered by her impending divorce—and the investigation turns up more questions than answers, with her husband, Paul, at the center. For her closest neighbor, Clara, the incident triggers memories she thought she’d put behind her—and when she’s unable to extract herself from the widening circle of scrutiny, her own suspicions quickly grow. But the neighborhood’s newest addition, Izzy, is determined not to jump to any conclusions—especially since she’s dealing with a crisis of her own.
As the police investigation goes from a media circus to a cold case, the neighbors are forced to reexamine what’s going on behind their own closed doors—and to ask how well anyone really knows anyone else.

Not That I Could Tell is a story about a group of neighborhood women, who one night get together at a campfire and some secrets fly. The next day, one of them disappears with her kids while in the middle of the road and no one seems to remember a chunk of time from that night. This was an okay read, I was honestly wishing for something a bit more. I think in general this book would be much better read in the summer, because there is this whole summer feel of the book which does not work with dreary mood. I was hoping it would be more thrilling, but I am not sure I would consider this a thriller. The ending was definitely surprising, but at the same time giving how the characters reactions are written in the book, felt kind of thrown together. Overall, this is a decent summer read. 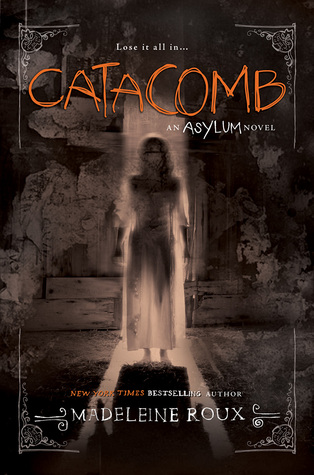 Sometimes the past is better off buried.
Senior year is finally over. After all they’ve been through, Dan, Abby, and Jordan are excited to take one last road trip together, and they’re just not going to think about what will happen when the summer ends. But on their way to visit Jordan’s uncle in New Orleans, the three friends notice that they are apparently being followed.. And Dan starts receiving phone messages from someone he didn’t expect to hear from again—someone who died last Halloween.
As the strange occurrences escalate, Dan is forced to accept that everything that has happened to him in the past year may not be a coincidence, but fate—a fate that ties Dan to a group called the Bone Artists, who have a sinister connection with a notorious killer from the past. Now, Dan’s only hope is that he will make it out of his senior trip alive.
In this finale to the New York Times bestselling Asylum series, found photographs help tell the story of three teens who exist on the line between past and present, genius and insanity.

I finally finished this series. I think? I am not sure if there is supposed to be another book, but the way this one ended, it feels like there should have been another. This series really does have an addictive quality to it, for me, I think, is the format of the book. I really like the mixed format with the pictures thrown in because it adds to the whole experience and the atmosphere of the book. I did struggle with this one. I did not feel like there was any character growth in this series. The kids thought almost on their way to college feel very much younger than their age. Also, it’s repetitive in the way Dan’s friends react to them. Dan is constantly looking into his past and trouble, and his friends get angry at him over it and blame him for it, but in the end always show up to save him. The ending felt open with the possibility of a new book, but I don’t think one is coming. I did enjoy the setting of the book as this one is set in New Orleans. 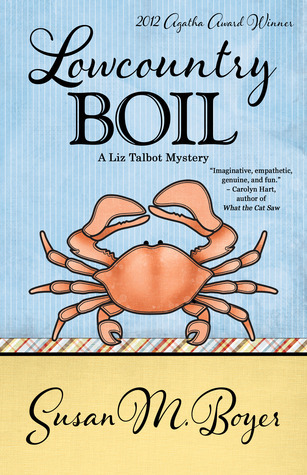 Private Investigator Liz Talbot is a modern Southern belle: she blesses hearts and takes names. She carries her Sig 9 in her Kate Spade handbag, and her golden retriever, Rhett, rides shotgun in her hybrid Escape. When her grandmother is murdered, Liz high-tails it back to her South Carolina island home to find the killer. She’s fit to be tied when her police-chief brother shuts her out of the investigation, so she opens her own. Then her long-dead best friend pops in and things really get complicated. When more folks start turning up dead in this small seaside town, Liz must use more than just her wits and charm to keep her family safe, chase down clues from the hereafter, and catch a psychopath before he catches her.

An interesting start to a new to me series. Liz Talbot is a private investigator and she moves back home upon her grandmother’s death. She is not only left with her grandmother’s house, but she was also left with the land it is on. When Liz finds out that her grandmother is murdered, she has no choice but stay home and try to find her killer. On top of, she in roped into more drama than she bargained for. This was a quick, fun read, it has a lot going on, probably a lot more than it should and features an array of different characters. Liz could be a little frustrating at times because of her not telling her cop brother much about the investigation and the ending and whodunit came out of no where. But, it’s full of southern charm, great characters and even a bit of the paranormal. I’ll continue with this series.