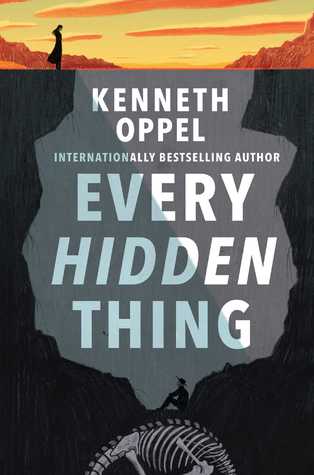 The hunt for a dinosaur skeleton buried in the Badlands, bitter rivalries, and a forbidden romance come together in this beautifully written new novel that’s Romeo and Juliet meets Indiana Jones.
Somewhere in the Badlands, embedded deep in centuries-buried rock and sand, lies the skeleton of a massive dinosaur, larger than anything the late nineteenth century world has ever seen. Some legends call it the Black Beauty, with its bones as black as ebony, but to seventeen-year-old Samuel Bolt it’s the “rex”, the king dinosaur that could put him and his struggling, temperamental archaeologist father in the history books (and conveniently make his father forget he’s been kicked out of school), if they can just quarry it out.
But Samuel and his father aren’t the only ones after the rex. For Rachel Cartland this find could be her ticket to a different life, one where her loves of science and adventure aren’t just relegated to books and sitting rooms. Because if she can’t prove herself on this expedition with her professor father, the only adventures she may have to look forward to are marriage or spinsterhood.
As their paths cross and the rivalry between their fathers becomes more intense, Samuel and Rachel are pushed closer together. And with both eyeing the same prize, their budding romance seems destined to fail. But as danger looms on the other side of the hills, causing everyone’s secrets to come to light, Samuel and Rachel are forced to make a decision. Can they join forces to find their quarry—and with it a new life together—or will old enmities and prejudices keep them from both the rex and each other?

Every Hidden Thing is described as a story of Romeo and Juliet meets Indiana Jones. It’s a story about two paleontologists and their kids in search of the Black Beauty or “rex” one of the biggest dinosauria to be discovered at its time in North America. It is also loosely based on a historical event called “Bone Wars”

I don’t know where to begin. I hate, HATE writing bad reviews so I am going to make this as positive as I can.

Samuel and Rachel are the children of two feuding paleontologists. Both of their father’s get a hint from the same source about a possible massive carnivorous dinosaur, awaiting to be discovered in the west in the area called the Badlands. A lot becomes at stake as the two families compete as to who is to find the dinosaur. Samuel and Rachel find unlikely in each other as their father’s behaviors drive them to form a force in hopes of recovering the bones themselves.

So why the two and a half stars? POSSIBLE SPOILERS AHEAD, READ AT YOUR OWN RISK.

“We  could give him a good trashing,” said Daniel Simpson.

I looked at him in revulsion; at the same moment my father sternly said. “That won’t be necessary. We’re not savages. What you can do is fetch the heads. They’re in the storage wagon.”

I got a little more passionate and irritated as the review went on, I apologize for that. It could have been better, it had the potential to be fantastic, but it fell flat. I came into this book ready to love it, expectations were high. When I think of Indiana Jones the first thing that comes to mind is archeology, adventure, action, danger and passion. Indiana Jones this book was not.