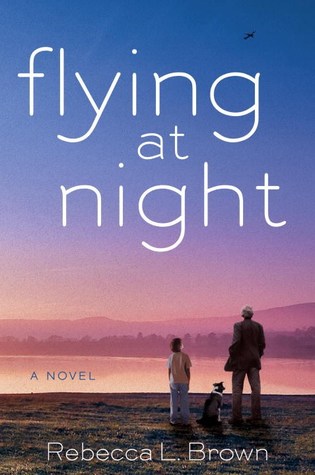 An emotionally charged debut novel, told through the voices of three family members, who learn that when your world changes, so does your destination....
Stay-at-home mom Piper Whitman Hart is too close to her nine-year-old son Fred to realize that his idiosyncrasies are signs of something more. And just when his diagnosis of autism sends her life reeling, she's dragged back into the orbit of her emotionally abusive father, Lance, after a heart attack leaves him with brain damage.
Fred is in need of a friend. Lance is in need of care. And Piper just wants to feel stable ground beneath her feet. What she never expects is that Fred and Lance--both misunderstood by the world--will start to connect in the most miraculous of ways...

Piper is a stay at home mom, who is very close to her son that she does not realize that his idiosyncrasies could be a sign of something more. Dealing with her own family drama, Piper’s world is thrown into a spin when her son is identified with Autism around the same time her emotionally abusive father, suffers a heart attack. When her father survives the heart attack, but is left with brain damage, Piper is left to take care of him after her mother bails out completely. Unable to leave him in a home, Piper ends up not only dealing with her father and his new state of being as well as with Fred.

This was a beautiful debut. I found the story for myself, extremely relatable, emotionally driven, raw, with wonderful writing and memorable characters. You can feel for Piper and all the stress she is under, the unfairness of it all. I found myself angry for Piper because of how her mother just unloaded everything on her at such a critical time in Piper’s life. This book deals with autism, it deals with family and depression, the struggles of ups and downs and it just flows so well.

I both read the book and listened to this on Audio. The audio was fantastic. There was a chapter for Piper, Fred and Lance (the father) read by three different narrators and they did a truly wonderful job, it made the emotions and the characters in this book that much more real. The narrators really gave these characters both personality and life.

The ending was just a tearjerker, I really did not see that coming. It was so heartbreaking, but the author still did such a wonderful job. She even used her own life experience with her son as an influence for her novel and you could tell that through the way she crafted her story. As someone who has Autism in the family, this book really hit close to home and something I was able to identify with. Just thinking about this book right now is making my eye water, it was great and if you have not heard of it I do recommend you give this one a shot.