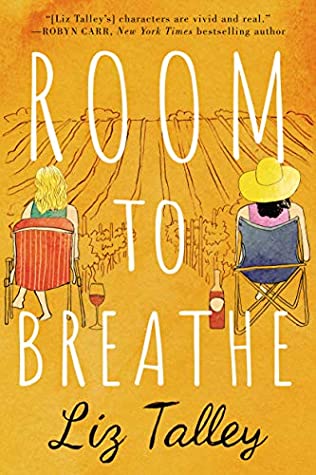 Bestselling author Liz Talley’s emotional and funny novel about family and forgiveness.
For a good part of Daphne Witt’s life, she was a supportive wife and dutiful mother. Now that she’s divorced and her daughter, Ellery, is all grown up, Daphne’s celebrating the best part of her life, a successful career, and a flirtation with an attentive hunk fifteen years her junior…who happens to be her daughter’s ex-boyfriend.
Ellery is starting over, too. She’s fresh out of college. Her job prospects are dim. And to support her fiancé in med school, she’s returned home as her mother’s new assistant. Ellery never expected her own life plan to take such a detour. With no outlet for her frustration, she lets an online flirtation go a little too far, especially considering her pen pal thinks he’s corresponding with her mother.
As love lives tangle, secrets spill, and indiscretions are betrayed, mother and daughter will have a lot to learn—not only about the mistakes they’ve made but also about the men in their lives and the women they are each hoping to become.

I’ve read a few of the author’s Morning Glory series and enjoyed the Southern sass of her heroines. There is humor, but also the troubles of life and a romance to them. I spotted Room to Breathe when it released, but it was only now that I was able to get a chance at it. I do love multi-generational stories revolving around the women in one family, but I also love a good starting over in middle age story, too.

The blurb says this is funny. I suppose that there are a few funny moments in the book. However, for the most part, it is filled with people being real which wasn’t funny and was wearying. At first, I was ready to put the book down because I couldn’t get behind either mother, Daphne, or daughter, Ellery- particularly the daughter.

Daphne needed a good boot to get her out of her rut. She had a fling with her sexy twenty-five year old contractor I thought she was off to a wild and fun start, but that just sent her into panic and made her a jerk to the guy treating him like her dirty secret and telling him he was a mistake over and over. She cringed with self-disgust and let her daughter flay her with guilt all because she had a one night stand with an available, consenting adult.

Then there is Ellery, Daphne’s adult daughter who took pampered princess and doubled down on that stuff. Daphne and her ex made the mistake of giving Ellery her way and anything she wanted so that the young woman had no coping skills for when the great big world out there didn’t cooperate with her plans. She was a witch to everyone and particularly her mother. She knows she is roiling with ugly feelings and embraces anger, lashing out at others and using then at times to cover the internal mess.

But, for some reason just before I tossed my Kindle down, I hesitated. I wanted to see the journey through with Daphne and Ellery. It got worse and painful, but at the same time, I could see them working things through and slowly climbing out of the hole into a better place as individuals and eventually each other. It was emotion-wrought, but I was glad I stuck it to the end.

Usually, I can embrace a character from the beginning and cheer them on wholeheartedly. That didn’t happen in this one. They weren’t special or especially lovable- they were just people. I think that is the highest compliment I can deliver to an author- she wrote real people with real struggles and made me (eventually) care about them.

That said, my favorite character was Tippy, an older woman who was Daphne’s friend and sounding board. She listened, but she also gave the unvarnished truth. Her sage advice came with a live it up philosophy that had me grinning and anticipating each time she was in a scene.

There are some strong themes in this book- divorce’s effect on the child, gaslighting, infidelity, teen parents, mom vs. career, coming out, accepting and supporting others, and starting over later in life.

While this has two second chances at romance in it, the book is not a romance. Daphne and Ellery have to figure themselves out and repair what is broken between them before they can have good relationships with another person. I understood this, but my romance-loving heart swooned over both the love interests particularly a certain Texas vintner who was fabulous with his patience and understanding.

So, I won’t go so far as to say I loved this one, but I’m definitely glad I read it. It looks like and fun from the cover to the blurb, but it’s an emotional hitter so be prepared if you take the plunge.