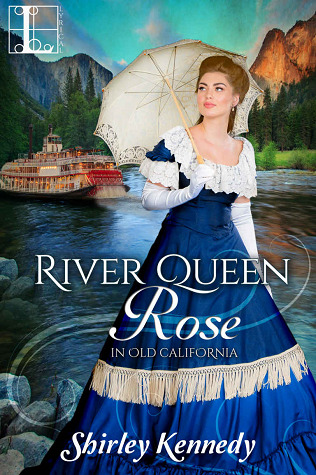 The ramshackle River Queen Hotel is home to vagabonds, gamblers, and heathens—and now, to new widow Rose Peterson. The rundown Gold Rush establishment is the only thing her late husband, Emmet, left her. Despite its raucous saloon and ladies of the evening, Rose can see the hotel’s potential. Her late husband’s family claim that sheltered Rose isn’t capable of running the Sacramento inn herself. But she is determined to make a new life for herself and her young daughter, even if it means flying in the face of custom and propriety. She feels as if she hasn’t a friend in the world.
Except, perhaps, one. Decatur “Deke” Fleming, a tall, lanky Australian who once served as Emmet’s farmhand. Pride prevents Deke from revealing his moneyed past; conscience keeps him from confessing his feelings for the still grieving widow. But when Rose is tempted by wealthy civic leader and hotel owner Mason Talbot, Deke may be the only person who can save her—and the one man capable of reviving her bruised and battered heart.

Rose Peterson finally arrives in California after a long journey only to discover her husband Emmet is dead, shot in an illegal duel. He left her behind his hotel the River Queen, home to the vagabond, gamblers, and ladies of the night. The man who dueled her husband desperately wants to buy it, but to prove herself Rose decides to keep the hotel because no one outside of Deke believes she is capable of handling it.

I hated the characters. None of them outside of Deke were really all that likable.

Rose was annoying. She ends up, allowing her husband’s killer to try to swoon her despite having some reservations about him and not understanding some of his anger when she mentions the hotel. She also allowed her in-laws to push her around way too much even when she ended with some power to throw them out.

Deke is on crutches at the beginning of the book so Rose treats him as if he is missing his leg forever and that just downright bothered me. She keeps calling him a cripple like he is no longer a man.

The romance was okay. It was okay. Went by quickly. 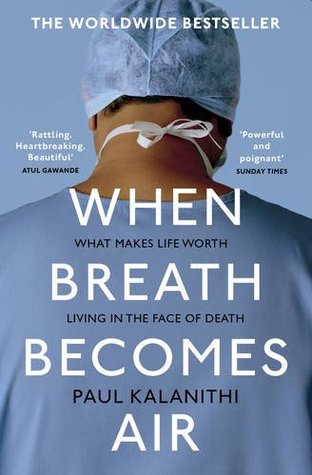 At the age of thirty-six, on the verge of completing a decade’s training as a neurosurgeon, Paul Kalanithi was diagnosed with inoperable lung cancer. One day he was a doctor treating the dying, the next he was a patient struggling to live.
When Breath Becomes Air chronicles Kalanithi’s transformation from a medical student asking what makes a virtuous and meaningful life into a neurosurgeon working in the core of human identity – the brain – and finally into a patient and a new father.
--back cover

Beautiful, heartbreaking, powerful. Is a few words that I feel do sum up this book as a whole.

When I first heard about this book. I knew I wanted to read it. I didn’t realize how hard it would be to read it.

Written by Paul Kalanithi himself, this memoir covers his story. About how he found out at the age of 36 that he has inoperable lung cancer while being on the verge of a turning point in his career as a neurosurgeon. How he went from being a doctor himself to a patient and how ultimately he came to face the reality of impending death. His decisions and his family.

This book was hard to rate. The writing was wonderful. The loss of such a life full of potential was devastating. The ending written by his wife was moving, emotional, heartbreaking and brought me to tears.

The honesty of his words and how he viewed life and death as a surgeon working with patients versus how he is viewed as a patient was both poignant and real.

This was his journey. His story to tell. Finding light in moments of bleakness and living your life to the fullest, as to what that fullest means to you as a person.

I’m glad I read this book.