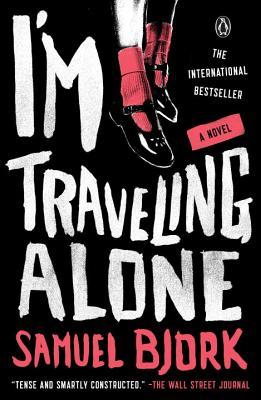 International bestseller Samuel Bjork makes his US debut, a chilling and fast-paced thriller in which two detectives must hunt down a vengeful killer--and uncover the secret that ties each of them to the crime A six-year-old girl is found in the Norwegian countryside, hanging lifeless from a tree and dressed in strange doll's clothes. Around her neck is a sign that says "I'm traveling alone." A special homicide unit in Oslo re-opens with veteran police investigator Holger Munch at the helm. Holger's first step is to persuade the brilliant but haunted investigator Mia Kruger, who has been living on an isolated island, overcome by memories of her past. When Mia views a photograph of the crime scene and spots the number "1" carved into the dead girl's fingernail, she knows this is only the beginning. Could this killer have something to do with a missing child, abducted six years ago and never found, or with the reclusive religious community hidden in the nearby woods? Mia returns to duty to track down a revenge-driven and ruthlessly intelligent killer. But when Munch's own six-year-old granddaughter goes missing, Mia realizes that the killer's sinister game is personal, and I'm Traveling Alone races to an explosive--and shocking--conclusion. "From the Hardcover edition.""

As I am sitting here trying to figure out how to write a review for this book, I think I am slowly coming to terms that I am not positive how to word my feelings.

I’m Traveling Alone is a US debut novel by a Norwegian novelist about two detectives who are in a fight against time to track down a vengeful killer coming after six year old girls. To say that I breezed through this book would be a lie, but not for completely negative reasons.

This book was good. The writing was amazing. Samuel Bjørk is an excellent, creative writer that knows how to pull you in and tell an interesting story that will really pull you right out of your comfort zone.

With the victims in this book being six year old girls, this book was NOT an easy read. It was heart-wrenching, dark and uncomfortable. So even thought the book was completely engrossing, well crafted and a page-turner – I couldn’t finish it in one sitting. I had to take a step back and read something easy in between because being a mother, at times the story was truly terrifying.

I really liked the two main detectives in this story. Mia and Holger grew on me quick and I found myself rooting for them until the very end. Mia comes with a dark past and at the beginning of the book, Mia is in a really dark place. There is mention of alcohol and drug abuse, which can potentially be a bit triggy for some people (thus the content warning). I got to see how being bought back to work on this case with the only other person she cares in the world, pulls Mia back out of this haze she lives in.

There is just so much going on in this book, so much. The killer leaves puzzles for the detectives and it was interesting to see how Mia’s mind works in uncovering these puzzles. It was just so cleverly crafted, which made this book so hard to put down at times – even thought I had to. There are also other storylines that we get a glimpse into and how they end up merging and connecting with the case. There is a church, that’s like a cult and we get to see where that is relevant. It was just so much, but so good and there was just never really a dull moment. The story ran at a steady pace and completely enthralling when not dark and scary. It really did pull me out of my comfort zone as I find stories with children as victims absolutely hard to read. I wasn’t sure if I would like it or would be able to finish it – but I did and I enjoyed it.

My only gripe was I did not understand how Mia came to the conclusion the way she did about the killer. I have to admit, I did not know whodunit. The story follows so much that it could have been any of the people mentioned. Once unveiled, though, I think it was even more frightening. Also the fact that psychopaths like that can exist just really makes you shudder.

Oh, also the writer is Norwegian so the story takes place in Norway, which I think was the best part of this whole experience. I love when books take place outside of the states

Overall, it was gripping, it was intense and compelling. I am glad I read it. These characters really grew on me and I am looking forward to see what’s in store for them next, because they have issues with their own inner demons that they are still battling.