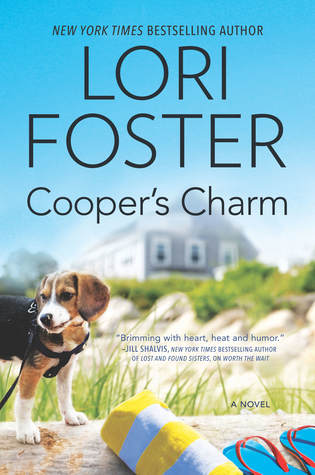 One summer, two sisters and a chance to start over…
Before the burglary that shattered her confidence, Phoenix Rose had a fiancé, a successful store and a busy, happy existence. After months spent adrift, she takes a job at the lakeside resort of Cooper’s Charm. Surrounded by beautiful scenery, friendly colleagues and a charismatic, widowed boss, Phoenix is slowly inching her way back into the world.
Visiting Cooper’s Charm to check up on her little sister, Ridley Rose impulsively agrees to fill in as housekeeper. Still reeling from an ego-bruising divorce, she finds satisfaction in a job well done—and in the attention of the resort’s handsome scuba instructor.
For Phoenix and Ridley, Cooper’s Charm is supposed to be merely temporary. But this detour may lead to the place they most need to be, where the future is as satisfying as it is surprising…

Pheonix rose hopes to take a job at a lakeside resort in order to get a fresh start and move on from her past. Before the burglary happened, Pheonix had everything, a great job, a fiance, and overall a happy existence. There she meets Cooper, the owner of the resort and who is just as broken after his wife dies in a tragic accident.

I thought the story was cute for the most part. I really loved Pheonix and Cooper, though I struggled with the attraction at first due to the reasons that Cooper felt the attraction and why he hired her. It felt like he was compensating for his past. I love Sugar the dog, she bought some heart into the story. Many of the secondary characters really made Cooper’s Charm and I couldn’t help but feel invested in most of them, especially Maris. I am really looking forward to her book and her attraction to one of the staff members.

The part that really broke this book for me was the unnecessary Ridley storyline. I ended up downright hating her character. She was so unrefined, shallow and undeveloped. I get that she had a “rough” break with her ex-husband, but in the end, somehow ended up super rich. She then buys a trailer to seduce Baxter one of the staff members, just for that reason alone to taunt him. The part that sealed the deal for me with her was the author’s use of the world snarled towards the end of the book when Ridley continued to interact with Baxter, specifically when she drops some unexpected news and misunderstands his silence for the worse. I really did not care for her character, she was unnecessary to the story and I could have done without her.

Also was the brief suspense that was added to the last 5% of the book. I thought that was unrealistic and again, unnecessary. 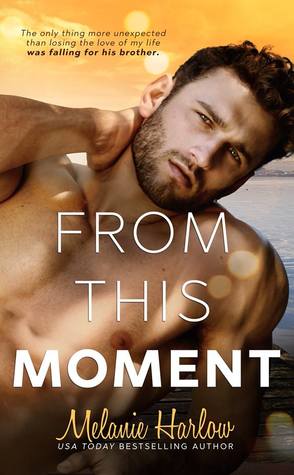 It was like seeing a ghost.
When my late husband’s twin brother moves back to our small town, I want to avoid him. Everything about Wes reminds me of the man I lost and the life we’d planned together, and after eighteen long months struggling just to get out of bed, I’m finally doing okay. I have a new job, an amazing support group, and a beautiful five-year-old daughter to parent. I don’t want to go backward.
But I’m drawn to him, too. He understands my grief and anger and guilt like no one else — and I understand his. Before long, that understanding becomes desire, and that desire becomes uncontrollable.
He says he doesn't care what people think, and love can never be wrong. But life has taught me its cruelest lesson — love doesn't always win.
If only my heart would believe it.

A story about loss, love, and two people trying to heal when the odds are stacked against them. Hannah lost her husband. His twin brother moves back into town and she feels like she sees a ghost. Wes has been in love with Hannah since before his twin brother made a move on her and because he believed that Hannah and Drew were better off with each other, he never told his brother how he felt about her.

This was such a sweet story with a subject that’s a bit taboo, really well done. I like how Hannah and Wes had a connection before Drew stormed in like a hurricane and swept her away. I loved Wes, sweet, caring, shy Wes with a heart of gold who gave up a girl he was in love with because of his love for his brother and his inadequacy with women.

I think Melanie Harlow is a wonderful writer, who makes believable characters and handles touchy subjects with respect to weave a story that uncovers layers of complication and showed their struggles and the wall they had to climb to overcome. I really liked both characters, it was both heartbreaking and heartwarming. I love their connection and how deep it ran. I like the struggle and how real it seemed. I thought Melanie Harlow did a fantastic job showing the very realistic bumps of unconventional love.