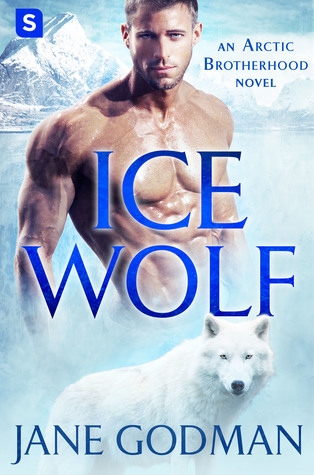 They are the Arctic Brotherhood.
They are deadly fighters, fierce protectors and loyal mates.
Elliott Wilder is a mild mannered Alaskan college professor. Wilder craves the things most people find boring. Seclusion. Monotony. Anonymity. But what Wilder craves most of all is the thing he can’t have… memory loss. Four hundred years ago, Wilder and the other members of the Arctic Brotherhood were captured and tortured by the leader of the Siberian werewolves. Wilder is still haunted by memories of that night, when he wasn’t able to protect his leader.
Now the Siberian wolf is on the loose and seeking revenge. Not only must Wilder lead the brotherhood, he must fight the attraction he feels toward its newest recruit, Jenny Piper. Jenny offers Wilder a glimpse of the life he can’t have. As the brotherhood races against time to save humanity from the horror their enemies unleashed on the world, Wilder must reach inside himself to find the leader the brotherhood needs and the mate Jenny craves.

Why I gave this book a 1 star rating

Might contain spoilers, so don’t read this if you don’t wanna know okay?

Ugh, I just find that I have a hard time explaining. I just found it bad. It could have been better. There was so much potential and it faltered. Nothing lived up to it’s potential. The love story in this was annoying and too quick. The plot-line was convenient and underdeveloped and anticlimactic. You can read the spoiler of my annoyance below

View Spoiler »When they go to battle Santin, he goes to the palace of their goddess and captures her easily. So in a place where they are the strongest, all Santin had to do was stupidly walk up to Wilder talking and Wilder jams a needle into him and kills him, just like that… So this bad guy that was given them trouble dies just like that? what was the point? why even bother with this huge set up? « Hide Spoiler

Okay, I spent enough time wrapping my head around this review.