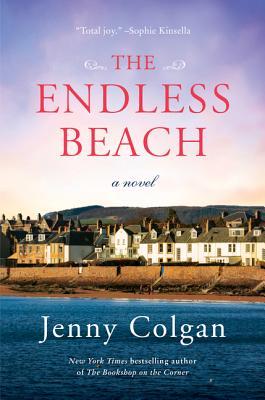 From the New York Times bestselling author of The Bookshop on the Corner and The Cafe by the Sea comes another enchanting, unforgettable novel of a woman who makes a fresh start on the beautiful Scottish Island of Mure—only to discover life has more surprises in store for her.
When Flora MacKenzie traded her glum career in London for the remote Scottish island of Mure, she never dreamed that Joel—her difficult, adorable boss—would follow. Yet now, not only has Flora been reunited with her family and opened a charming café by the sea, but she and Joel are taking their first faltering steps into romance.
With Joel away on business in New York, Flora is preparing for the next stage in her life. And that would be…? Love? She’s feeling it. Security? In Joel’s arms, sure. Marriage? Not open to discussion.
In the meanwhile, Flora is finding pleasure in a magnificent sight: whales breaking waves off the beaches of Mure. But it also signals something less joyful. According to local superstition, it’s an omen—and a warning that Flora’s future could be as fleeting as the sea-spray…
A bracing season on the shore sets the stage for Jenny Colgan’s delightful novel that’s as funny, heartwarming, and unpredictable as love itself.

A character driven book that takes place on a Scottish Island of Mure.

The book follows Flora MacKenzie, who moved to Mure for a fresh start and opened up Cafe by the Sea. She never dreamt that her difficult but adorable boss would follow her. Joel is fed up with city life and is tired of sleeping with supermodels and is now looking for some peace and quiet and Mure seems to bring that peace to his soul. Joels walls are still pretty high due to his past and he is now harboring a secret that causes him to feel sick.

The book also follows Saif, a refugee doctor who is awaiting news of being reunited back with his wife and children. This storyline to me was my favorite, I really liked Saif’s, character and it just felt emotional and more interesting. It really hit me in the feels. There is a schoolteacher named Lorna who is absolutely in love with him, but things are complicated for Saif so it be interesting to see if there is another book.

The ending was kind of sad and happy at the same time, there is a bit of heartbreak added to the end of the story and as I did not read book one, it felt a bit like it was added for a shock factor or to add more substance to the story.

The book is character driven, so you kind of have to like the characters in order to enjoy the book. It follows these people in their life so not much happens for a while in the story and it can feel a little slow at points. I had a difficult time with Flora to be completely honest, she just could not seem to respect Joel’s wishes. I understand why she did it, but she felt pushy. Also, she was a complete push over and I wish should would stand up for herself in the end, and I was waiting for it to happen but it never did. What happened with her Cafe and the wedding, she should have used her voice.

Going to end this review on that note because at this point I am rambling. Overall, it’s a really great beach read.